Film production company based in Berlin, Germany; founded in 2007 by Gudula Meinzolt and Paulo de Carvalho as a platform for their common activities. Gudula Meinzolt and Paulo de Carvalho merge their knowledge of more than 25 years of personal experience with the Iberoamerican film as professionals in sectors as promotion, festivals, exhibitions, (co-) production, international sales and distribution.

Born in São Paulo, Brazil, currently living in Berlin, Germany.
In 1993 he founded the CINELATINO Festival in Tübingen, Germany, one of the most important forums for the promotion of Latin American and Spanish cinema in Germany, and of which he is also the artistic director. He has been a member of the selection committee of the Locarno International Film Festival (Switzerland), the Tübingen-Stuttgart French Film Festival (Germany) and advisor for Latin American films for the Director’s Fortnight from Cannes. In 2012 he worked as curator of the International Leipzig Festival for Documentary and Animated Film's Latin American Forum, dedicated to Latin American documentary film.
In 2013 he was curator of the Brazil Forum at the same festival. In 2016 he was curator for the Goethe Institut of the programm DIRE@TORAS, dedicated to short films from women directors from Germany, Brazil, Argentina and Uruguay. He regularly works as a tutor for Latin American projects in the Talent Projects at the Coproduction Market – Berlinale.
He was industry tutor for the Mexican filmmaker Fernando Eimbcke at the Berlinale Residency 2015. Since 2016 he works as teacher for Project Development Stategies (Taller de Estratégias para Desarrollo de Proyecto) at the Escuela Internacional de Cine y TV (EICTV) de San Antonio de los Baños in Cuba. Currently, he works as head of the “Núcleo Criativo” for the production company Filmes de Abril (São Paulo, Brazil), where he does consulting for five film projects in development. 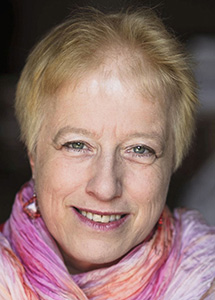 Born in Munich, Germany, currently living in Lausanne, Switzerland.
Gudula Meinzolt has been trained and active in cultural management/cinema in areas such as investigation (Master about the Mexican director Maria Novaro), promotion, organization of festivals (Berlinale, Haus der Kulturen der Welt, Film Forum Freiburg etc.), distribution (Basis Film Verleih, Germany), exhibition (Kommunales Kino Freiburg, Germany) and (co-)production. Several experiences in Latin America and Africa reinforced her interest and commitment for cultural diversity and cultural exchange. Since 2004 Gudula has been working on co production and distribution with the production companies “Mil Colores Media” e “Autentika Films” (see below).
From 2005 and 2010 she was manager of the MANNHEIM MEETINGS, the international forum for coproduction, sales and distribution of the International Film Festival of Mannheim - Heidelberg, Germany. She is alumni of Eurodoc, the European training initiative for documentary producers.
Since 2010 she is head of Industry at the International Film Festival “Visions du Réel” in Switzerland (www.visionsdureel.ch). Gudula Meinzolt has been invited as jury by festivals and financing institutions in Colombia, Chile, Spain, Italy, Austria, Romania etc.) and as consultant for project development in Cuba. She regularly participates actively at industry events and co-production markets as in Berlin, Locarno, Leipzig, Amsterdam, Jihlava, Kopenhague.