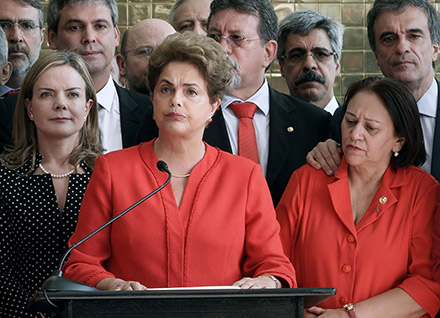 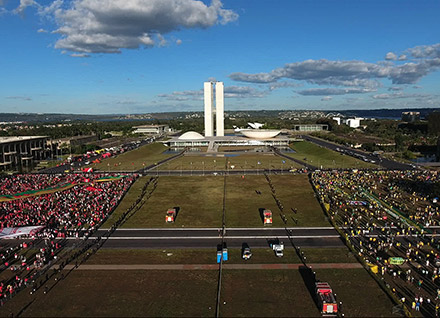 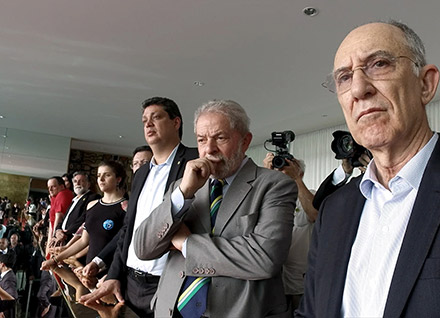 O PROCESSO offers a behind-the-scenes look at the impeachment of Dilma Rousseff, Brazil’s first female President.
The film portrays the “judicial political” trial first at the House of Representatives and then, at the Senate focusing on the President’s Defence Team: her lawyer José Eduardo Cardoso and two senators who struggle to prove the President’s innocence against a majority vote by a Congress riddled with corruption.
A tale of betrayal and corruption, the film presents Rousseff’s personal story: herself imprisoned and tortured by the country’s former military dictatorship, she now faces impeachment accused of fiscal crimes and corruption charges. Rousseff declares herself innocent and accuses the right-wing opposition of perpetrating a Parliamentary Coup d’état. The principal architect of the impeachment is Vice-President Michel Temer, one of her former allies.
The filmmaker was granted unique access to the defence team, to left wing senators and to President Rousseff herself. Ramos’ technique is wholly observational, without interviews and narrations. The camera captures telling physical and conversational interactions in the private and political sphere while offering viewers a glimpse of the outdoor mass demonstrations.
The film witnesses how the impeachment triggers a profound political crisis in Brazil. It looks at the collapse of the democratic institutions at the very heart of the crisis and reflects on the dangers facing so many democracies throughout the world.

Directed by Maria A. Ramos